Another step forward, and Christmas cards

Thank you for the lovely comments, it's so nice to have the pain that I seem to have lived with for months and months, but worse in the past few weeks, now easing up.  It would be nice if the stiffness went as well, and my balance is still not good due to weakness in my legs and hips so I'm always wary of falling over, but less pain is brilliant.

I had a letter yesterday asking me to book an appointment with the Orthopaedic Assessment Service - Dr Joe said he'd refer me to them but didn't know whether they'd accept me - apparently they're for patients who've had physiotherapy which hasn't helped them.  Well, I don't know whether or not physio would have helped, seeing as I never actually got to see anyone!  (I've had several courses of NHS physio over the years, as well as paid-for osteopathy, chiropractic and acupuncture).  But the doc said he'd try referring me by the back door, so to speak, just to see if they would take me on.  Well, clearly it worked.  Good old Dr Joe (well, he's not old at all actually, probably in his early 30s).

The appointment I was given is 30 November.......it's an initial telephone appointment, of course - seems to be the norm nowadays!  I'm just pleased that I'm finally getting some help, it's boosted my mood no end.

Here's some of the Christmas cards I've been drawing:- 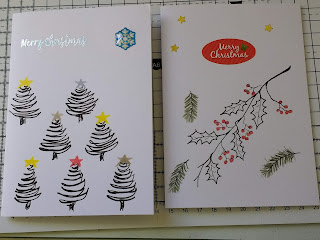 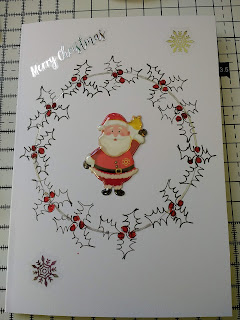 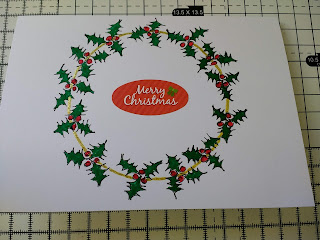 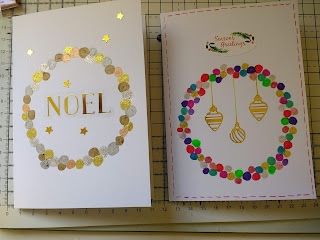 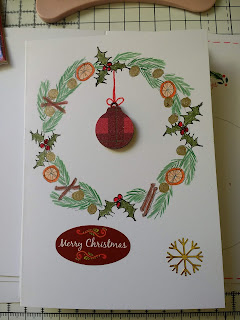 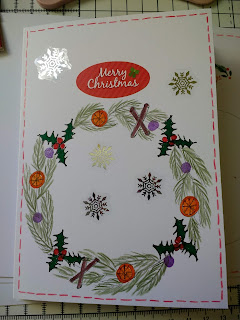 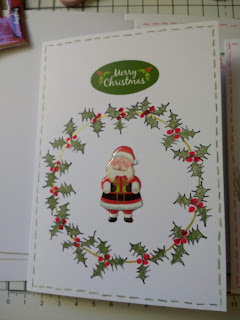 Sorry about the quality of the photos, as always they're taken on my phone and I'm no photographer.

Oh, and a little bit of good news.....just had an email to say we've won £25 on our premium bonds.  Every little helps!